The Republic of Serbia is a democratic state located in the central part of the Balkan Peninsula, on the most important route linking Europe and Asia. The international roads and railways passing through its river valleys make up the shortest link between Western and Central Europe, on the one side, and the Middle East, Asia and Africa, on the other; hence the geopolitical importance of its territory.

With the total surface of 88,407 km², Serbia is in the Central European Time Zone with the temperate continental climate. The city of Belgrade, with a population of 1,639,121, is the country’s administrative, economic and cultural center.

The Food industry is one of the strongest parts of the Serbian economy. In Serbia, the total used agricultural land covers 5,051,000 hectares and therefore, there are favorable natural conditions for the development of a variety of agricultural products: cereals, industrial plants, rapes, fruits and vegetables, seeds and planting material, medicinal herbs and livestock.

Also, Serbia has all relevant preconditions for the cultivation of organic food such as a high percentage of rural population, large arable land without chemical treatments and the proximity of the EU; its main organic food market. For more information, please visit the National Association for Organic Production Development “Serbia Organica”:  www.serbiaorganica.info

The ICT sector is one of the fastest growing sectors in Serbia, characterized by a significant increase of the development and promotion of IT services, such as mobile internet technologies and applications development, outsourcing and data transfers. On the global market, IT companies from Serbia are mainly engaged in the outsourcing of software development, testing software and designing websites, but also in the provision of solutions in embedded industries.

Tourism. The share of tourism and hospitality sector in the GDP of the Republic of Serbia amounts to about 3% while in the total exports of goods and services its share is up to 9%. Serbia has favorable conditions for the development of mountain tourism, spa tourism (mineral springs and thermo mineral waters), eco-tourism and rural tourism, among others.

With significant liberalization of its foreign trade policy over the last decade, Serbia offers today duty-free exports to a market of 1 billion people that includes the European Union, Eurasian Customs Union members (the Russian Federation, Kazakhstan, and Belarus), Turkey, CEFTA countries and the European Free Trade Agreement (EFTA) members. In addition to being the only country outside the Commonwealth of Independent States (CIS) that has a free trade agreement with the Russian Federation, Serbia has such an agreement with the European Union as well as with a number of other countries.

The European Union (EU). Serbia received full EU candidate status on the 1st of March, 2012, reflecting the significant progress made so far in country’s structural and institutional reforms. EU accession remains one of the Serbian government’s top priorities and Serbia’s regulatory framework is harmonized with the “Acquis Communautaire” to the level of around 85%. Further harmonization is regulated by the National Program for the Adoption of the Acquis 2013-2016.

Exports to the European Union market are free-of-customs according to the Stabilization and Association Agreement, except for several food products (baby beef, sugar, and wine) that are under the preferential tariff quota regime. This is an important milestone for Serbia’s further economic development as the EU is Serbia’s biggest trade partner with 56 percent of the total trade is carried out with the EU member states.

From January the 1st, 2014, Serbia and the EU entered into the final year of the trade liberalization schedule as specified by the Stabilization and Association Agreement. However, the most sensitive agricultural products for Serbian farmers will remain protected with customs duties until Serbia’s accession to the EU, notably all kinds of meat, yoghurt, butter, certain types of cheese, honey, certain vegetables and flour.

Russian Federation. Free Trade Agreement with the Russian Federation, signed in August 2000, makes Serbia particularly attractive for foreign investors and manufacturers since Serbia is the only country outside the Commonwealth of Independent States which enjoys the benefits of duty-free trade with Russia. The Agreement stipulates that goods produced in Serbia, i.e. which have at least 51% value added in the country, are considered of Serbian origin and exported to Russian Federation customs free.

CEFTA. The Central European Free Trade Agreement (CEFTA) between Albania, Bosnia and Herzegovina, FYR Macedonia, Moldova, Montenegro and Serbia, has been in effect as of July 2007, providing companies in Serbia with an opportunity to reach a 22 million people market free-of-customs charges.

EFTA. The EFTA States Iceland, Liechtenstein, Norway and Switzerland signed a free trade agreement with Serbia in Geneva, Switzerland, on the 17th of December 2009. EFTA abolished all customs duties on Serbian industrial products, including fish and other marine products, as of the entry into force of the Agreement. Additional agricultural agreements between the individual EFTA States and Serbia form an integral part of the instruments establishing the free trade area.

Turkey. Free Trade Agreement (FTA) between the Republic of Turkey and the Republic of Serbia was signed on the 1st of June 2009 in Istanbul and entered into force on the 1st of September 2010. Turkey eliminated customs duties on imports of all industrial products originating in Serbia upon the entry into force of this Agreement. Concerning agricultural products, Turkey and Serbia exchanged mutual concessions for certain products in the form of tariff quotas subject to MFN duty reduction or exemption.

Belarus. The intergovernmental free trade agreement between Belarus and Serbia, which was signed in March 2009 and amended in June 2011, is an important incentive aiming to boost Belarusian-Serbian trade. The FTA envisages the mutual abolishment of customs and non-customs duties in trade between the two countries. There are only a few exceptions to the Agreement, including sugar, alcohol, and cigarettes, as well as used cars and buses.

United States of America. Trade with the United States is pursued under the Generalized System of Preferences (GSP).

Organization for Security and Cooperation in Europe (OSCE). The Republic of Serbia has been a member of the OSCE since the 10th of November 2000. On the 10th of February 2012, Serbia was designated to chair the OSCE in 2015, as part of a joint candidature with Switzerland, which chairs the OSCE in 2014.

Serbia also has membership of other international organizations, including:

WTO accession. Serbia applied for WTO membership in December 2004. In February 2005, the WTO General Council accepted its application, and a working group was established to start the negotiations. 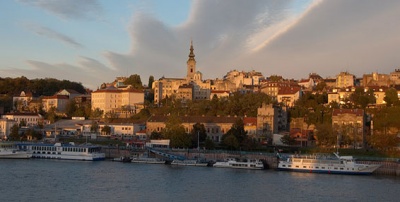 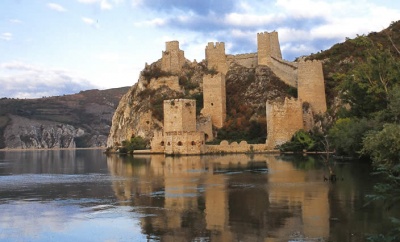 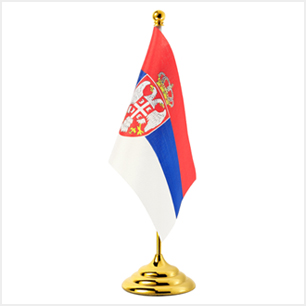 For further information about Serbia’s accession to the EU, please see the website of  “The Delegation of the European Union to the Republic of Serbia”: www.europa.rs.

Please see more information at the webiste of the UN’s office in Belgrade: rs.one.un.org