Founded in March 2014, the Swiss-Serbian Chamber of Commerce (SSCC) was developed as a result of the growing interest of the representatives of the Swiss business community in Serbia to foster economic relations between Serbia and Switzerland by creating an organization that facilitates the dialogue between the two countries, promotes Swiss values in Serbia and creates new networking opportunities for business professionals.

As a non-profit, private association, SSCC acts as the principal voice of the Swiss-Serbian business community and is dedicated to following and influencing key political and economic developments that affect the members interests by encouraging dialogue between members, government officials and the broader business world.

With support of seven Founding Member-Companies, SSCC was officially inaugurated by the President of the Swiss Confederation, H.E. Mr. Didier Burkhalter and the First Deputy Prime Minister of the Republic of Serbia, H.E. Mr. Aleksandar Vucic, on April 24th, 2014 gathering more than 150 Swiss-Serbian company representatives. On this occasion, Mr. Burkhalter described SSCC as “the new avenue that opened up to further strengthening the ties between Serbia and Switzerland and making them even more productive”. 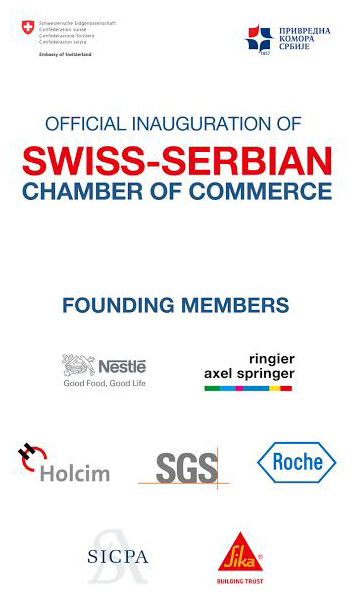