The first Stadler’s electrical motor train made for the Serbian Railways arrived this afternoon to Subotica’s railway station. It is expected that it will be put into domestic traffic in December this year.

The Swiss producer’s train was fully finished and delivered to Serbian railways for further tests in Zemun and a polygon in Romania, the correspondent of RTS reports.

New trains will replace old trains as the electrified regional rails of Serbia. The trains contain four parts and can develop speeds of 160 km per hours. 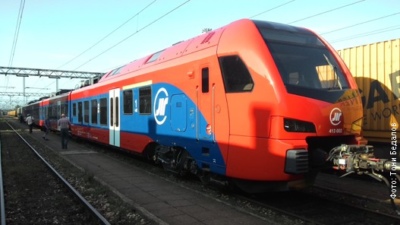