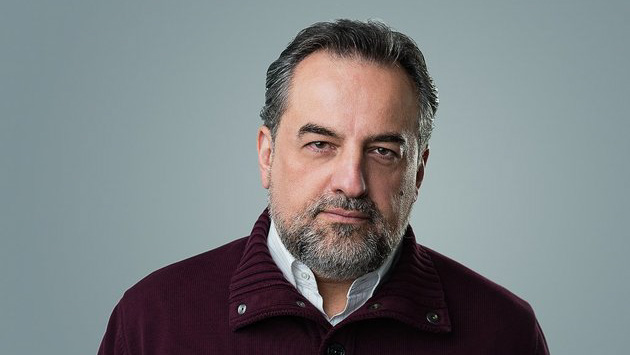 Majo Micovic, General Manager of Sky Express, was appointed new president of the Managing Board of the Swiss-Serbian Chamber of Commerce in late February.

In his interview for eKapija, the new president of the SSCC says that the cooperation between the two countries has a perspective, especially in ICT, and not just through outsourcing, but also in innovative development of new products and services. He also points to the considerable potential of the Serbian diaspora in Switzerland in both directions. On the one hand, in addition to sending money for general spending, the diaspora can invest in creating new value by opening companies in Serbia. On the other hand, Serbian companies could realize big exporting results with the help of their compatriots in Switzerland.

eKapija: You have recently been appointed president of the Swiss-Serbian Chamber of Commerce. What will your priorities be in the upcoming period?

– Changes are a part of the evolution process in each organization, including ours. Our dear Yana Mikhailova has been put in charge of additional regions as part of her responsibilities in Nestle and it was truly hard for her to handle all those obligations. My appointment was in fact a unanimous decision of the Board. This obligates me to continue with my successful work and devise new ways and actions that might further strengthen and activate the Chamber. As my priorities, I’d emphasize my work with every member of the Chamber that is interested in it, the implementation of the so-called League of the Successful (a kind of a positive competitive atmosphere among the members), increasing the membership, cooperating with the Embassy of Switzerland in Belgrade as closely as possible, cooperating with the Swiss economy, other chambers and the Government of Serbia.

eKapija: You run the Belgrade-based company Sky Express, a subsidiary of the Swiss company Gateway East. What are the experiences of Swiss companies operating in Serbia regarding the business environment, workforce quality and the new investments outlook?

– Seeing how I have both Swiss and Serbian citizenship, I was well aware of what kind of environment we would establish companies in and that there were inherent characteristics of this area, some of which are virtues, while others are, quite naturally, flaws. In our plans, we tried to make a balance between those characteristics and I believe that we have managed to do so. As a result, there’s Sky Express, one of the leading companies in Serbia and the region in the field of ICT security distribution and consulting. I wouldn’t like to generalize the experiences of other Swiss companies, so I will talk about my experiences. 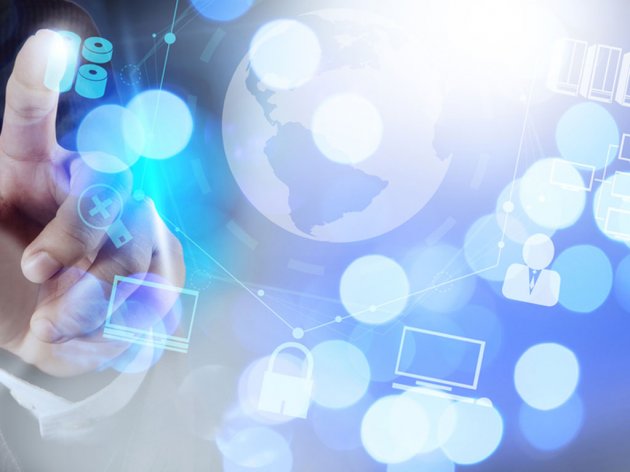 As for the flaws, there are large fluctuations among the workforce in education and employment principles (nepotism, protectionism) due to the transition: a low degree of perception of the corporate spirit (old habits from working for state institutions are hard to weed out and adapt to the private sector, which is ruled by capital); the legal system still doesn’t follow the economic needs of the society, the market is still not protected from the influence of large public companies.

My position as a foreign investor is that there needs to be more honesty as regards plans for investments in Serbia. A large majority of us investors knows very well where they`ve come and I truly don`t believe that making a list of the flaws of the Serbian market is an adequate response to potential problems arising from new circumstances. In my opinion, this sort of criticism indicates a lack of empathy for the new environment and a lack of innovative agency in problematic situations. I do believe that the majority of Swiss companies are resourceful enough to be able to do business in Serbia successfully.

eKapija: What is the most important thing that Serbia needs to change in order to attract more investors from Switzerland?

– It’s hard to single out one characteristic. Investors and profession vary greatly. Besides, there are several hundred companies in Serbia that were founded with Swiss capital, which says that this is an interesting terrain. From my perspective, Serbia needs to be much more aggressive in presenting its potentials to Switzerland, to use this remarkable advantage in bilateral relations with Serbia, that no other country has to that extent, which is a remarkably large and strong Serbian community in Switzerland, living only an hour and a half away by air from Serbia. Each year, our people send hundreds of millions of euros to Serbia to their closest ones. This money, unfortunately, ends up in gray channels of rash spending, with none of it used as investments that would strengthen the economic cooperation of our two countries. That’s what I think should be the most important change, to be implemented as soon as possible. The role of our chamber in that segment is developing and it is our desire to change this.

eKapija: Could we say that the potential profit in Serbia is currently bigger than the risk of doing business?

– The risk of doing business, on different grounds, also exists in America, Germany or Italy. Why wouldn’t it be there in Serbia as well? Honestly, what is the main characteristic of every entrepreneur? It is to take action, to make a risk in business, to use innovation and perseverance to reach success, and with it profit as well. My experiences say that there are risks in Serbia too, that there are plenty of them, and I don’t believe that anything will change dramatically overnight. The state is growing more aware of this, the Government of Prime Minister Ana Brnabic wants changes and I am following them closely. It’s possible to realize positive results in most cases, otherwise, we wouldn’t be here.

eKapija: How do you rate the total trade cooperation between the two countries? Where do you see the possibilities for a further development of this cooperation?

– The statistics are not ideal, but in general, the cooperation is growing stronger. Keeping in mind what I’ve already noted, I do believe that there’s plenty of room in ICT, not just in outsourcing, but in the development of innovative products, and then definitely in agro-tech agriculture, as a market alternative to the high-quality, but expensive, Swiss agriculture, in chemical and mechanical industries, education, tourism. 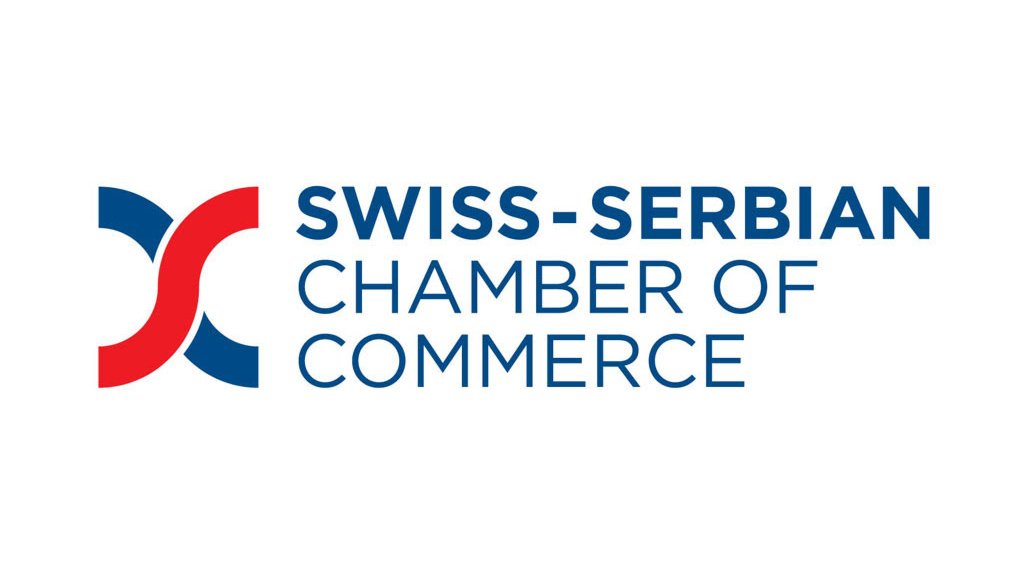 eKapija: Could you give some advice to local companies looking to export goods to Switzerland?

– There are certainly many points of advice and many of my colleagues gave some truly great advice at the recent summit at Kopaonik, as well as in various governmental and non-governmental meetings. A piece of advice that I haven’t noticed is often given would be, briefly: dear local businessmen, seek Serbian contacts in Switzerland! Make an effort to promote your ideas, products and potential innovation through a free and powerful mechanism: the population of several hundred thousand Serbs in Switzerland. Which is to say, hard working and successful people, who struggle to stay Serbian far away from here, but also to prove themselves in a new environment by adopting new standards and work habits.

eKapija: You are active in IT. More and more Swiss companies from this field choose Serbia as a location for outsourcing and business expansion. Can we expect new companies?

– Regarding the number of employees, Sky Express is a small company, but our people are quite specialized. Of all the IT experts available here, it’s almost as if there are the fewest experts in an increasingly important and interesting branch, which is IT security.

We are the distributor of about a dozen top world brands, which are GDPR certified and the majority of which are also in the portfolio of the Evolution Equity Partners fund, of which I am an adviser and the regional representative. It is the Swiss Open Systems, a global leader in MSSP, that is one of the companies most interested in opening a new center here in Belgrade. I believe that outsourcing is only one option. In fact, I advocate innovation, for our local development in Serbia, which will be exported, not just as it is now, in the sense of providing services for other, but increasingly more as a product too. I am sure that we will see several Swiss investments in this field this year.

eKapija: In your opinion, what other industries in Serbia have a perspective?

– I believe that I’ve already mentioned agro-tech, that is, a technically and technologically advanced agriculture – I believe that Serbia is an El Dorado for one such industry. Though it may seem strange to some, I believe that educating foreign workers is also a great opportunity, because Serbia has truly great higher education institutions, which could become a great “exporter” with a more decisive state support.