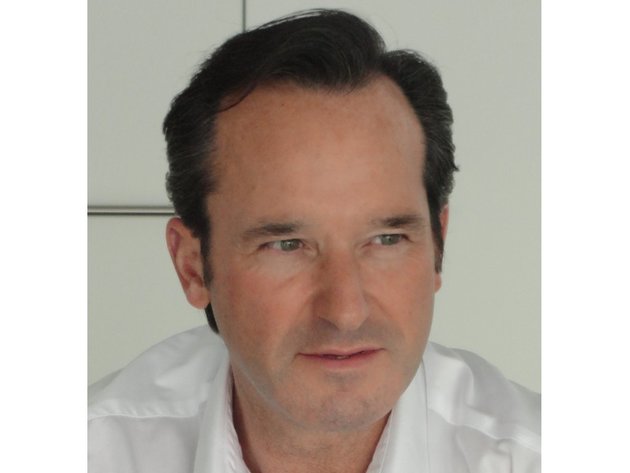 Industry 4.0 uses cyber-physical systems comprised of smart machines, storage systems and production facilities capable of autonomously exchanging information, triggering actions and controlling each other. It represents a new way of how manufacturing processes are performed and what is the output of production, namely smart products, services and solutions. New technologies bring potential to make factories significantly more efficient and productive, yet less wasteful, to produce innovative and smart products and services and to lift companies’ business models to a completely new, disruptive, digital level.

This is how Carsten Vollrath, the CEO of the Swiss IPG Group, explains the advantages of Industry 4.0, that is, of new smart technologies. In his interview with eKapija, he points out that Industry 4.0 brings massive opportunities for companies and industries to position on a high-end level, bring high value adding products and services to the market and increase their revenue and profitability.

eKapija: Digitalization and implementation of the Industry 4.0 concept are the most current topics when it comes to economic development and business transformation. As a consultant with rich experience in international practice, how do you rate the development of digitalization in Serbia so far?

– Leaders in digital transformation started their initiatives only in 2011 which is not too far in the past. However, several key reasons make them hardly reachable for developing countries like Serbia. Firstly, the basis for digitalization was much more solid in case of developed countries. They already successfully implemented Industry 2.0 and 3.0 transformations, having their industries well optimized in terms of restructuring companies, building competences, having operational excellence and sound business models.

Secondly, developed economies recognized high potential in digital transformation and consequently put strong focus on respective initiatives. Thirdly, the networked economy of state, economic associations, academia, companies and other parties already successfully operated in the past in case of developed economies. In less developed countries, sizeable gaps among different players in the economy and their inability and unwillingness to cooperate significantly hinder the pace of transformation implementation.

Nevertheless, Industry 4.0 doesn’t come independent of challenges. In the case of Serbia, the challenge is even more profound since many of them have not yet fully developed Industry 2.0 & 3.0 competences and therefore have to do comparably more homework than developed industries. To overcome initial reluctance towards Industry 4.0 and to keep up with developed industries already heavily focusing on digitalization, Serbia has to build a solid, but comprehensive plan for its implementation considering status quo of their respective industries and competences.

Serbia has already put strong public focus on Industry 4.0 but has to come up with a comprehensive initiative plan and activity list for its widespread implementation in short term since the lag is significant. Although, as a late comer, Serbia can learn from success cases and best practice examples of other economies, that already implemented digitalization initiatives. But – Serbia should not copy these cases, but learn and seek for its own path.

eKapija: What does digitalization of industry require? How important is cooperation between science, economy and the state in this process and how should companies network with universities, business associations and consultants?

– Necessary to point out, if Serbia wishes to keep up with developed countries and to develop industrial maturity at faster pace, it has to implement a top-down approach. This approach takes into consideration an overarching digitalization initiative originating as a push effect from the state itself with a strong strategic focus. So to speak, government should enable its main economic associations, such as Serbian Chamber of Commerce, to play a leading guiding role of digitalization initiative and be a sparkle of its widespread implementation.

Nevertheless, setting up the key enabler is just a small part of much larger approach that presumes deployment of a full-fledged “digital network”. In order to have the most efficient and effective initiative, the “digital network” has to be comprised of five additional pillars of inter-connected partners, including government, academia, science & technology, companies and skilled partners of experts as well as consultants.

The stronger the “digital network” is, the higher the gains are for the whole Serbian economy as well as for each individual player in the alliance. Although this approach is rarely seen in developing countries, it is the key of initiative success to incentivize the parties to contribute into a network and not to measure their individual contribution. Measuring individual contribution may bring wrong impression about the entire “digital network” and jeopardize its idea of win-win input-output correlation for its parties and the network as a whole.

eKapija: How much time does the development and implementation of the digital transformation model in a company require and how much does it require on the level of a country’s economy?

– I would say that in case of companies, the process of digital transformation might take from 5 to 8 years on average (Strategic framework planning takes from 9 to 12 months in general, but concept development and its implementation require significantly more time)

In my opinion, future readiness is the most relevant factor and Serbia is being well positioned here, mainly thanks to the numerous initiatives pushed by Serbian PM Ana Brnabić.

eKapija: You have recently said at a lecture that what global leaders in digitalization have in common is that they’ve developed competences, skills and business models – as it is people who do the job, not the technology. How far has Serbia progressed in that sense and what direction should it take from here?

– Taking the Industry 4.0 transformation into account (but also including transformations before), the strategy for new industrialization in Serbia should put much focus on an interplay and synergies between technology and human resources to maintain balance in gross production. It is a fact that traditional jobs based on a repetitive labor work will be obsolete in an era of automatized (mass) production. Thus, the core competences of human resources will change to favor effectiveness, creativity and innovation potential, as well as digital skills, whilst putting shade on strong focus on efficiency. To foster development in the right direction in the era of Industry 4.0, industries (and related countries) have to transform their educational systems as a core foundation for creating balances and synergies between technologies and human resources. 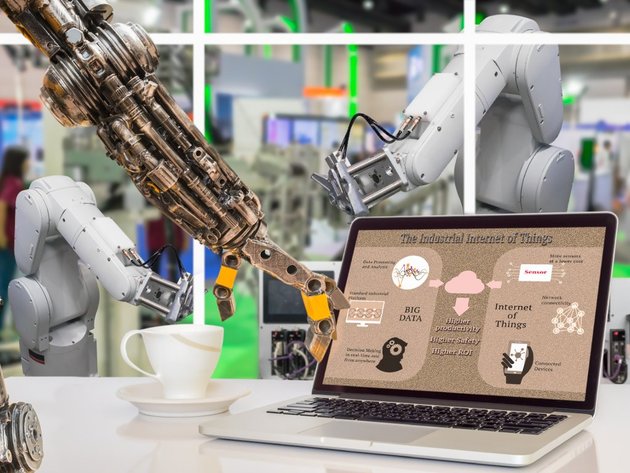 Switzerland, Germany and Austria as one of the most developed societies lack human resources which could hinder their further growth and are heavily depending on “import” of competent and skilled people.

eKapija: What are the experiences of the countries which are the current global leaders in Industry 4.0 when it comes to digital transformation and what could Serbia learn from them?

– The pace of digitalization in leading countries like Germany and Switzerland has increased noticeably. Meanwhile, the companies put 4.9 percent of their turnover in digital projects, shows a representative survey of 954 companies in Germany with at least 100 employees. This is 0.3 percentage points more than in the previous year. The eagerness has its cause in the realization that digitalization more and more parts of the company recorded.

By contrast, the share of companies that see great potential in the development of new business models is still lower than expected, even though 44 percent see digitalization as an effect on their own business model and the major shifts in the digital economy over the past two decades have been largely driven by new business models.

Looking at the different sectors, one could say that telecommunications, banks / insurance companies and the energy industry are at the forefront. At the company level, it is often big players from different industries who are leading the way. Examples include Swisscom, SBB and ABB.

Serbia, as all current global leading companies in digitalization, needs a new national industrial strategy for industry 4.0 & digitalization with stronger focus on the e-Economy rather than on e-Government.

Without the intervention and strategic support from the government, there will certainly be no full industry-wide digital transformation and its fast implementation which are both important to catch up with developed economies.

The role of government and its top-down approach will be to ignite the transformation in real economy, steer it in the right direction and lead to its faster implementation. Government, together with its economic associations like Chamber of Commerce, should play, so called, “multiplier role” in the transformation. It should promote digitalization to “multiply” number of companies willing to change and collect experiences, best practices and success cases to “multiply” knowledge base and efficient implementation.

eKapija: What are your experiences with Serbian companies? How much do they think about innovating their business models and business transformation? Which sectors of the economy are the most prominent in this?

– There are some companies in Serbia that have already successfully implemented some of the systems of Industry 4.0. Nevertheless, by our experience, these are only few rare, positive exceptions. Hopefully, with an introduction of digitalization initiative in Serbia, these exceptions will soon become industry standard.

eKapija: Which Swiss values does IPG Group implement in its operations?

– Switzerland has one of the highest proportions of foreign inhabitants of any country in the world with approximately 25 percent of the population being non-Swiss citizens. Most important for people in Switzerland is to form a unity despite their diversity. No other country in the world displays such a great cultural diversity and such a concentration of economic and financial power in such a small space.

As IPG Group is founded and headquartered in Switzerland we are strongly dedicated to Swiss values, especially creativity & innovation, precision & high quality, fairness & tolerance, reliability & punctuality, honesty & hard work as well as a sense of responsibility.

Based on DIVERSITY & UNITY as the two main sources of Swiss strengths our IPG Group DNA can be characterized by transforming diversity of knowledge and expertise of multi-disciplinary networks into unified, innovative and unique solutions, which offer our clients strategic options to differentiate from market companions along the three axes INNOVATE – PERFORM – GROW.

eKapija: What are IPG Group’s plans in Serbia in the upcoming year?

– IPG Group strives in Serbia for a similar role as our role in Switzerland and the German speaking area. We want to become one of the main driving forces for innovation and digitalization in Serbia.

In order to fulfill this role we currently establish the same kind of “innovation and digitalization ecosystem” together with local governmental institutions, universities and research institutes, leading Serbian companies, Technology experts as well as hand-selected strategic partners which complete our multi-disciplinary solution portfolio.

For 2019 we will exclusively invite the Serbian top thinkers and most innovative & creative CXOs out of above mentioned five pillars / ecosystem to become a member of our global Innovative Leaders Network and to join our “Digital journey for Serbia”. We plan several conferences, on-site workshops and best practice visits to the world´s most successful “Digital innovation hubs” which will already start in spring 2019.