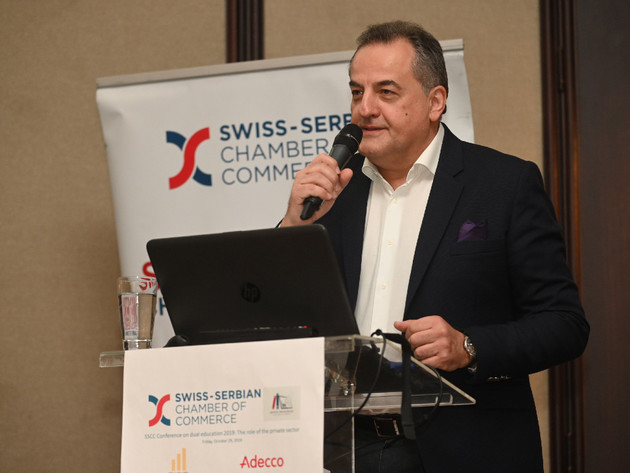 The IT business is breaking all records and will exceed the amount of EUR 1 billion in exports from Serbia annually for the third consecutive time. Not only that, but this year it will also surpass agricultural exports for the second time, which is one of the staples of Serbia’s exports, which shows how well the IT business in Serbia is doing, Majo Micovic, the General Manager of Sky Express and the president of the Swiss-Serbian Chamber of Commerce, says for eKapija.

In his interview for our portal, Majo Micovic talks about how Sky Express operated during the state of emergency, about the differences in the operations of companies in Serbia and Switzerland during the first weeks and months of the pandemic and about how the IT sector handled the new circumstances.

The interview with Majo Micovic is the fourteenth interview with companies-members of the Swiss-Serbian Chamber of Commerce, through which the SSCC promotes the operations of Swiss companies in Serbia and highlights the values and good business practices of this country and these companies.

eKapija: How did the business operations of your company, Sky Express, change during the state of emergency in Serbia and the pandemic? Did you implement any protective measures, such as working from home?

– Sky Express is a Swiss company which has been operating in the cyber security business for years, in the region of Serbia, Republika Srpska, Montenegro, Albania and North Macedonia. As a market leader, responsible for the majority of the crucial projects primarily in Serbia, Sky Express could not just send its employees to work from home, but organized the operations so as to have the most important business resources come to work, of course, complying with maximum precautionary measures, while having the rest of the staff giving support from home.

It is obvious that the concept functioned successfully, as no employee was infected with COVID-19, and all our crucial clients, including large systems crucial to the functioning of the Republic of Serbia, such as EPS, the Office for IT, numerous ministries etc, were adequately protected and managed to function without interruptions or security lapses, although it is known that there were very many attacks by individuals and groups with malicious intentions during that period. We emphasize this, because the solutions we implement are very complex and engineering-intensive by nature, but also extremely efficient, which was proven not just recently, during the state of emergency, but in the years preceding it.

eKapija: What is the biggest challenge that the company faced and how did you overcome it? How much did the experience from Switzerland help you with this?

– One of the biggest challenges was the reduced capacity of the IT resources of our users. The IT cyber security profession has a problem with a lack of people anyway, and most large business systems and state organs that need to protect themselves either don’t have enough employees in that sector or have none at all almost. With the additional problem of working from home or frequent sick leaves due to COVID-19, finishing the started projects and maintaining the existing contracts became much more difficult, as our engineers at times had no adequate user associates in the field.

Considering that Sky Express is a technically organized company which operates under high standards, especially ISO 27001, we implemented a combination of video conferences for remote-work with the users, increased the operations of our engineers in the field substantially, which eventually led to increasingly frequent outsource arrangements with the users, whereby they fully relied on our employees, and not just on our technologies. They realized that, by using the services of our engineers, they got, if they needed it, an efficient technical resources, highly educated experts, without having to find, employ and certify them on their own. As a warrant to the quality of services we provide as a service company, there is a very strict SLA, helping both us and a client to continue operations successfully. This way, our working techniques and processes rely quite heavily on our Swiss founder’s standards and my personal experience earned during my career in Switzerland.

eKapija: Did the closing of the borders have an impact on your operations and to what extent?

– Considering the way we do business, with our operations practically being totally digitized, the closing of the borders did not directly affect the execution of our contracted tasks. It did, however, have an impact on the development of the operations in the region, as we had opened Sky Express Montenegro, our Podgorica-based daughter company, just before the pandemic broke out. Furthermore, we are increasingly active in the Balkans and we are soon to open companies in Banjaluka, Tirana and Skopje, so the limited movement does have a certain negative impact on our strategic goals.

eKapija: How do you rate the state’s measures of support to the economy?

– Our company did not apply for that support program, but we would see through the examples of others that the support measures were certainly welcome for those that needed them. Some sectors were truly hit hard by the pandemic crisis, especially the hotel and hospitality industry, tourism in general, transport, many services which require direct contact with a large number of people. I would not compare those measures with those provided by the Swiss government, as it is a much wealthier state, but the measures of the Serbian government should certainly be commended. We should now see whether the measures will continue through even more precise and directed support options than before.

eKapija: Sky Express is a distributor of advanced cyber security solutions and services in the field of information security in the entire region. Considering that information technologies proved to be very important for business operations during the state of emergency, has the pandemic changed the attitude of local companies regarding their use and cyber security?

– A recent conference on cyber security in a very well developed sector, insurance, showed that there’s a great interest in this topic, although insurers are considered to be a relatively conservative and reserved profession when it comes to the implementation of new technologies. In general, the digitization of operations has opened the door to a hazard as well – it has made access to each company’s critical data easier. Furthermore, working from home has set new challenges before the IT departments in all companies, as it “opened” relatively protected IT networks to the employees’ homes through the internet. Both on the way to them and inside their homes, the danger of the information system being penetrated is multiplied, which has, unfortunately, been used by the ever alert hacking organizations.

All this has made people relatively more aware of cyber security, but the awareness is still far from the level it should be. Our activities are now directed at educating companies about this and we are preparing several conferences with out vendors and business partners, which pertains to both web conferences, and, if possible, given the new pandemic wave, live conferences. 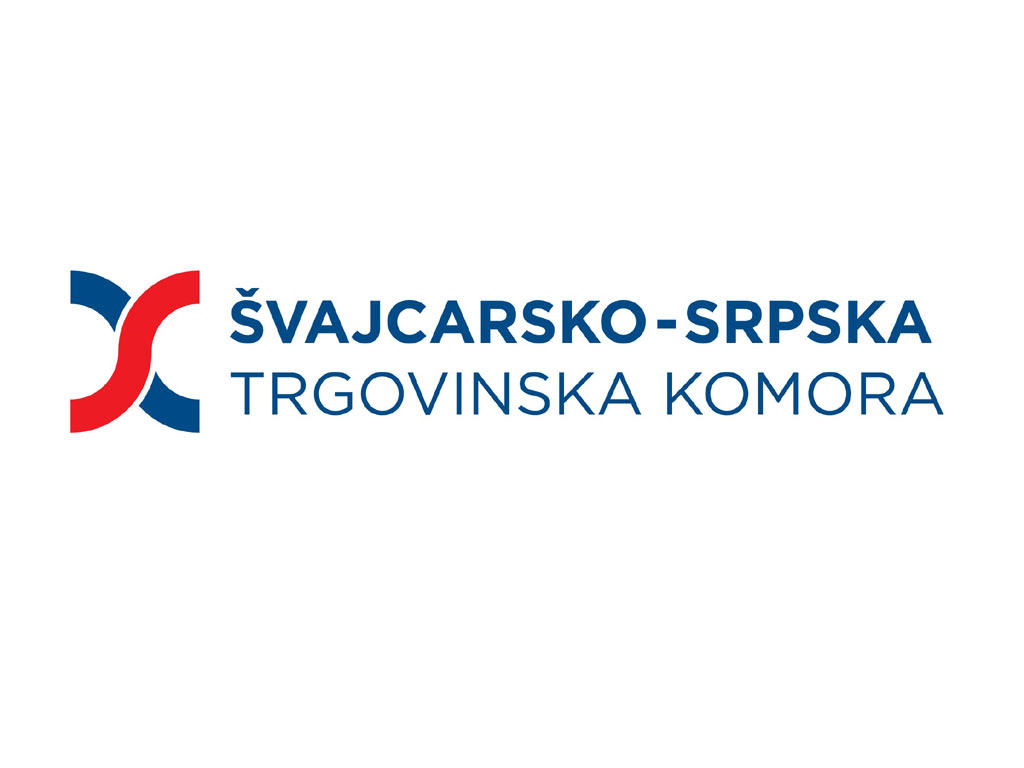 eKapija: How would you rate the current business climate in Serbia?

– From the perspective of the operations in our field of cyber security, and in general, from the perspective of operations in IT, we believe that the situation is quite good. Operations in IT are breaking all records and will exceed the amount of EUR 1 billion in exports from Serbia annually for the third consecutive time. Furthermore, this year it will also surpass agricultural exports for the second time, which is one of the staples of Serbia’s exports, which shows how well the IT business in Serbia is doing. I believe that, with its good administrative policy, the state has helped the development of this field, although the field itself is one of the most promising ones on a global level too.

On the other hand, the pandemic and the state of emergency, but also the parliamentary elections in the region, certainly had an impact on the business operations, and it is currently impossible to assess the scope of that impact on the 2020 results. We expect to be able to compensate for the relative slowdown from the first six months in the second half of the year.

eKapija: What is the main difference, if any, in the operations of companies in Serbia and Switzerland in the first weeks and months of the pandemic?

– I believe that the differences caused by the pandemic are not too big. Our cooperation with most foreign companies, Swiss companies included, has shown that similar factors were present everywhere – working form home, the slowing down of economic activities, administrative measures to fight coronavirus, state of emergency – and the differences were mostly down to the general differences between the countries we work with. For example, the level of organization in Switzerland was truly remarkable, whereas the level of concern and the slowing down of business, to everyone’s surprise, was bigger in countries such as the USA, Italy and the UK.

It seems that our country handled the problems of the pandemic well enough after all, which many other, much stronger economies, took much harder. We expect the trend of the interest of global companies in cooperating with Serbian companies to continue, which could pertain especially to Swiss companies.

The members of the SSCC are Swiss companies that are present in the Serbian market, as well as local companies with developed business activities in Switzerland or those that cooperate with Swiss partners. What all these companies have in common is that they reacted responsibly at the moment the pandemic occurred, primarily by taking the necessary measures to protect the employees’ health, and then also the digitization of a part of their business activities and, finally, by making a contribution to fighting COVID-19 as much as they could.

eKapija: What are the experiences of the Swiss companies which operate in Serbia when it comes to the current business environment and the outlook for new investments?

– The latest investment from Switzerland pertains to the company Regent Lighting, which is headquartered in Basel. The company invested EUR 10 million in the construction of a factory of electric lighting in Svilajnac. The SSCC plans to carry out a survey among its members on the impact of COVID-19 on the scope of their business activities and their further business plans, detailed results of which will be published in September 2020.