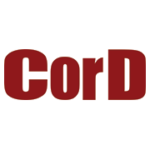 Alliance International Media (AIM) is a regional leader in the publishing business, producing publications dedicated to economic, political and diplomatic leaders in Serbia and the region. For more than a decade, aim has built up its credibility on the basis of independent and transparent operations and adherence to the world’s highest production standards.

Although the vast majority of aim’s publications are published in English, since it was formed, the company has produced publications in around a dozen world languages.

Almost the entire publishing programme of aim is realised on the basis of many years of close collaboration with organisations and bodies that give their backing to every completed project.