Marko Cadez, President of the Serbian Chamber of Commerce, introduced the representatives of the Swiss Chamber of Commerce to the reform of the chamber system in Serbia and asked them to support the project for introducing a dual educationsystem.

The Swiss – Serbian Chamber of Commerce will support the introduction of the dual system in Serbia by motivating offices of the Swiss companies operating in Serbia, including Nestlé, Roche, Holcim, SGS,  to offer positions in their companies for a certain period, Bornemannsaid.

We are confident that Swiss companies will recognize a long-term interest in partnership projects of dual education, Bornemannsaid.

Through cooperation and coordination of HR sectors of the companies and training centres of chambers of commerce, the companies could offer case studies and promote examples of good practice.

The meeting was also attended by Marinko Ukropina, Vice President of the Swiss-Serbian Chamber of Commerce, Ana Grujovic, Executive Director, and Darko Mamula, an adviser in the Centre for International Economic Relations of SCC. 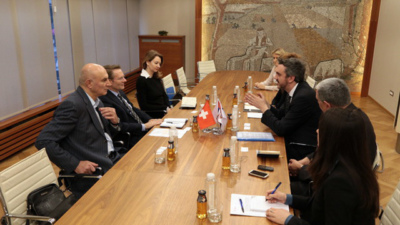