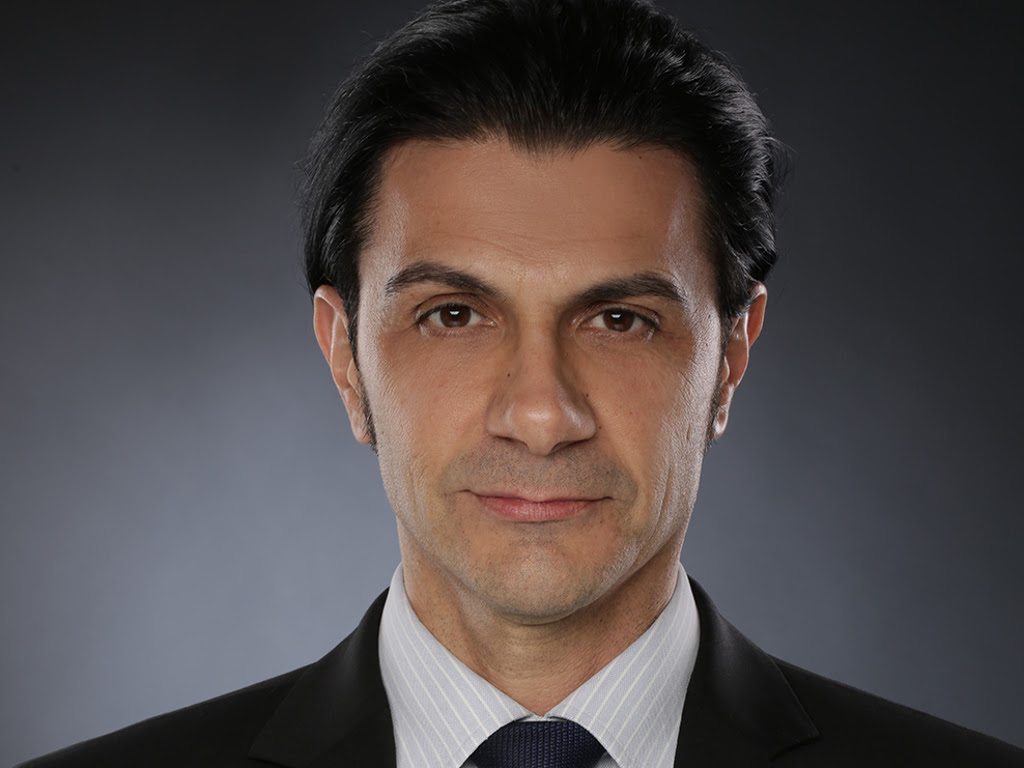 Serbia has great potential, especially in the wood industry, within which the Swiss company Daccomet operates. The main advantages of the Serbian market are primarily the price of energy and raw materials, followed by the proximity to the Western European market and relatively good infrastructure, whereas there’s room for improvement of the business environment by changing income taxation, implementing the existing laws and establishing new procedures.

This is how Edin Dacic, owner of Daccomet AG and a Board Member of the Swiss-Serbian Chamber of Commerce (SSCC), sees the business climate and the way Serbia might attract more Swiss investors.

The interview with Edin Dacic is part of the SSCC`s project to promote its member-companies. This is the first of the interviews with member-companies of the Swiss-Serbian Chamber of Commerce, through which the SSCC and our portal intend to promote the operations of Swiss companies in Serbia and emphasize the values and good business practices of the country and its companies.

Our interviewee says that this business association was formed as a result of the growing interest of the Swiss business community in Serbia in making the economic ties of the two countries stronger.

– In order to facilitate companies’ operations, the SSCC promotes and encourages establishing and developing dialogues, that is, the business connectivity of its members, official representatives of Switzerland and Serbia, and the world of business in a wider sense. The Chamber also strives to contribute to improving the local economic environment, and the activities on promoting the “Swissness” concept, the concept of Swiss values and knowledge, are also very important – Edin Dacic explains.

eKapija: In which areas of the local economic environment do you see room for further improvements?

– In my opinion, the biggest potential for improvement is in reducing the current difference between gross and net salaries. Making work more expensive through unrealistically high charges leads to employees being insufficiently interested in their work due to net salaries being too low, while, at the same time, those charges encourage and stimulate illegal work and the development of grey economy. There`s also room for improvement through simplifying administrative procedures.

eKapija: Which Swiss values are applicable in Serbia to the end of improving the economic activity? 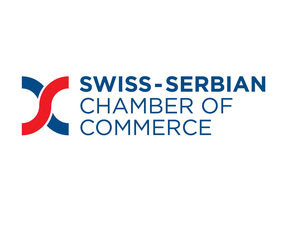 – Finding one’s place in the market is a big challenge nowadays and it requires high quality and reliability of operations, which are already traditional characteristics of Swiss companies and their way of doing business. Also needed are focus, transparency, flexibility and readiness to change, all of which fits into Switzerland’s image as a country famous for its punctuality, efficiency, first-class services and accuracy.

eKapija: You and your family left the former Yugoslavia and moved to Switzerland back when you were five. In the late 1990s, you returned to Yugoslavia on business and focused your activities on the Balkans. How did your company develop?

– Daccomet AG, which I founded as a student back in Zürich, first bought the majority share in the Standard factory in Prnjavor, Bosnia and Herzegovina, and later also became the majority owner of the Jasen Lukic company in Serbia, which is how the Cuprija-based Standard Furniture Serbia factory was formed. This furniture factory is the only Serbian factory delivering goods for the famous Swedish IKEA brand.

In B&H, where we produce veneer furniture and veneer furniture with solid wood elements, we had around 60 employees in 2000, and now we employ around 400 people. In Serbia, the production program is based on solid wood products. Initially, we had 20-30 workers there, whereas now we have around 200 employees. We compete in the global market and we are competitive at the moment, which enables our operations to grow further, and the good thing is that our development is only just starting. There are great opportunities for further development, especially with the help of automatization and information technologies. It’s up to us to make use of them.

ekapija: Back in 1999, you established a successful cooperation with the Swedish company IKEA?

– I was lucky that their people were visiting Bosnia and Herzegovina at a right time. They were visiting their former suppliers, looking for new ones, and that’s how the whole thing started. We did financing and counseling for seven IKEA suppliers in B&H in 2000, but it turned out later that the management was not capable of keeping up with the quick, but quality, growth, which is why we decided to stop cooperating with those companies.

The company Standard was our last hope. IKEA introduced us to them, and the real development in Prnjavor started in 2005, after the privatization and the completion of the first phase of investment and after we hired an advisor from Swisscontact. A similar thing happened in Serbia: IKEA connected us with Jasen Lukic so that we could use the advantages of free trade with Russia. We bought the company, invested money and increased the production.

eKapija: As a Swiss investor, you had an opportunity to use Switzerland’s instruments of help to small and medium enterprises. How do the SECO startup fund and the Swisscontact senior program function? 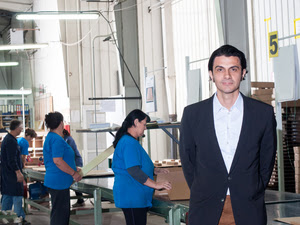 – In both Serbia and Bosnia and Herzegovina, we have been supported by the SECO startup fund. It’s a developmental loan instrument developed by SECO, the State Secretariat for Economic Affairs of Switzerland, which is used to support the projects of Swiss investors wishing to invest in developing countries or countries in transition. The projects must be commercially viable and meet recognized environmental and social standards. The loans are approved for startup projects in the amount of up to 50% of investment expenses, in the maximum amount of up to CHF 500,000 per project, with a payment period of up to 5 years. The investors are required to be registered in Switzerland.

In addition to this instrument, we have used the help of the Swisscontact Senior Expert program, which brings together professionals with rich experience and specific knowledge. The organization aims to support small and medium enterprises and institutions in developing countries and Eastern European countries. These highly experienced experts, which specialize in various fields, bring knowledge and skills which can contribute to more efficient operations, increased competitiveness and improved working conditions in the companies which employ them. Consultants from this program have helped us significantly in Bosnia and in Serbia.

eKapija: You have applied the Swiss model in educating managers as well?

– Investing in human resources is highly important to a company’s development. It is well known that highly trained people contribute to the growth of operations the most. In Bosnia and Serbia, we have remarkable young people. They belong to a digital generation and learn quickly. However, it’s noticeable that they lack courage and self-confidence while working, as well as trust in their employers, which I would say is an integral part of the so-called Balkan mentality. This is precisely why we’ve decided, as a token of encouragement and stimulation, to provide our employees with an opportunity to prove themselves as managers and take on themselves the bulk of business liability. To the end of accomplishing these goals, we have taken necessary steps in order to provide them with additional, quality education.

We have been supported in this endeavor by the Department of Architecture, Wood and Civil Engineering at the Bern University of Applied Sciences, which has created “Leadership and Skills Development Training”. The first training cycle of this program is being carried out, with great success, in Sarajevo and Switzerland and has been supported and financed by the Swiss Agency for Development and Cooperation (SDC). Our employees are just completing their first training cycle these days. The second training cycle starts this September and it will provide the new trainees with a unique opportunity to go through a developmental education program which will be held in the following cities: Banja Luka, Mostar and Biel, Switzerland. We will certainly send a few of our employees from both Serbia and Bosnia and Herzegovina to the training.

eKapija: Being a successful Swiss-Serbian entrepreneur, what would your message be to young people just starting their own businesses?

– In addition to motivation and desire to work, it is necessary to constantly invest in oneself, learn and gather relevant experience. Entrepreneurs who are passionate about their work always stand the greatest chance to succeed and it is precisely them that display high creativity, innovation and focus. Also needed are perseverance, persistence and work determination, especially in difficult business moments. It’s always the easiest to surrender and give up. This is precisely why I’d like to send a message to the young to try to find a mentor who could help them develop faster by providing advice to them and to better familiarize themselves with all the factors of success, but also with the risks of doing business. I also believe that acquiring relevant experience through working in various companies is a good chance to discover the ways companies function, including production procedures and processes, interpersonal relations, operations in line with regulations, rules and laws, etc. I believe that, this way, young people can be motivated to stay in the country, become aware of all the advantages provided by the “digital age” in developing one’s operations and become encouraged to develop their own entrepreneurial spirit.