Following approval by the national antitrust authorities, Ringier has now completed the acquisition of the Axel Springer shares in Hungary, Serbia, Slovakia and the Baltic states announced on 28 July 2021. This transaction sees Ringier taking another step forward in its international growth and investment strategy in the field of digital marketplaces and media brands. This move gives the Ringier Group a leading position in media and digital marketplaces in nine countries in Central and Eastern Europe.

The holding companies in Hungary, Serbia and Slovakia will now operate under the Ringier brand. The approximately 90 local media titles (print and online) and 20 digital marketplaces, all of which are among the market leaders in their segments, will retain their current branding. 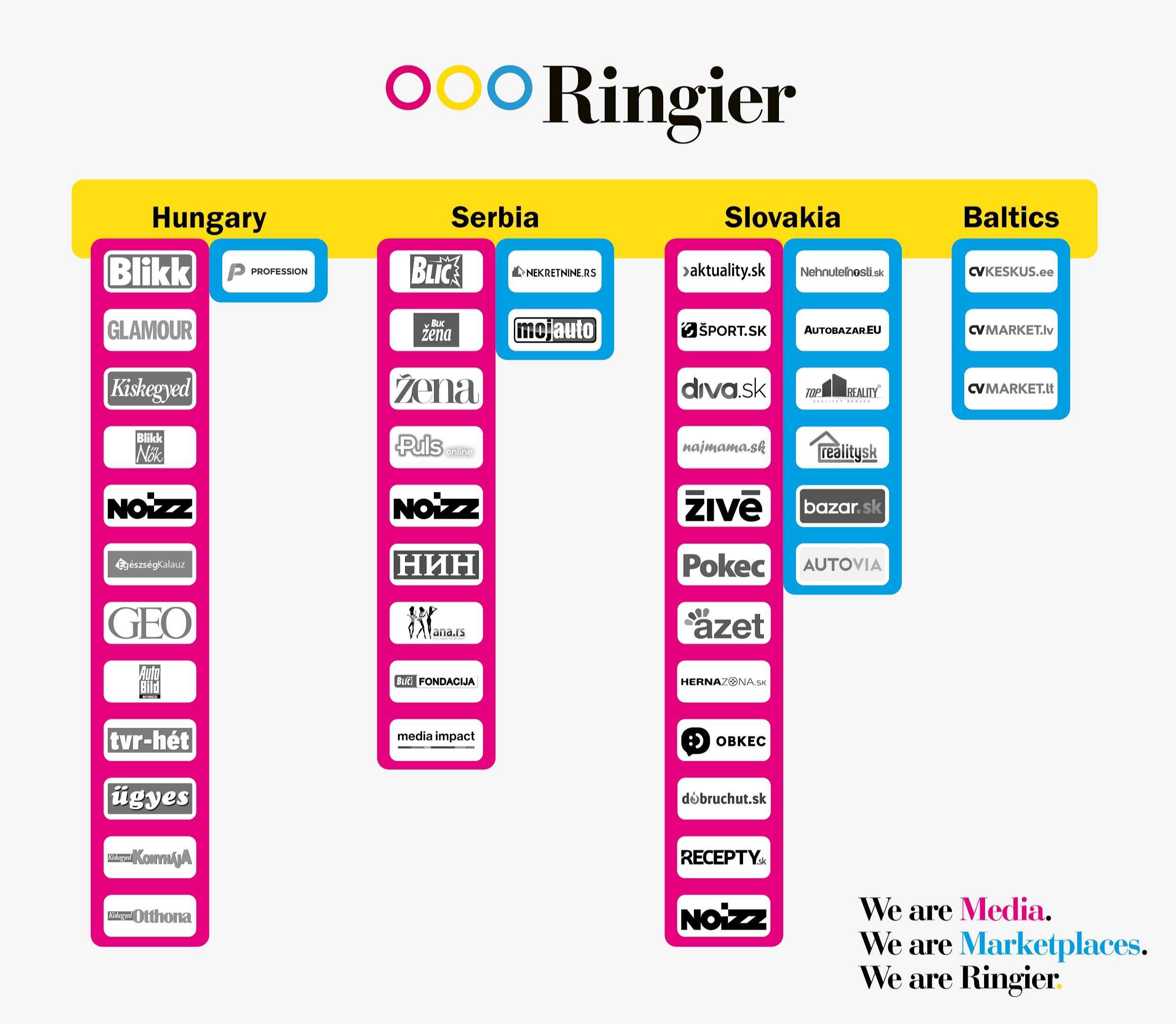 With newspapers, magazines and news platforms, Ringier’s media units in Hungary, Serbia and Slovakia are well positioned. The Hungarian newspaper Blikk has further expanded its leading position in the tabloid segment. In December 2021, the online version Blikk.hu became number one in terms of reach among Hungarian news websites. In Serbia, Blic has been the digital number 1 for ten years. According to Gemius, in January Blic.rs had 3 million users and an internet reach of 77,4%. In Slovakia, on the other hand, the news platform Aktuality.sk is the market leader with over 3 million users.

With profession.hu in Hungary and CV Keskus in the Baltic states, Ringier will now run the leading digital job platforms in their respective countries. In Slovakia, the digital marketplaces Nehnutelnosti.sk for real estate and Autobazar.EU for cars, which do operate under the roof of United Classifieds, are market leaders in their respective categories. In Serbia, Nekretnine.rs, a well established platform for real estate, is now also part of Ringier’s extended marketplaces portfolio as are several other high-growth platforms whose products and services will be expanded and upscaled in the years to come.

In the Polish market, Axel Springer and Ringier will continue their activities as joint venture partners and pursue the operations of their portfolio of media brands and digital marketplaces, which has been yielding strong revenue and EBITDA.